What's the difference between a band and a cult band? A charismatic frontman, able to seduce the audience with a single look? A mastermind, conducting his fellow geniuses to sheer excellence? A dedicated and addicted following lasting three decades? An outstanding live concept combining stage charisma, true emotions and self-ironic humor?

Take it all, add a catalogue in which every new entry is described as 'the latest masterpiece' and you get IQ.

Rising from the ashes of The Lens in 1981, the original line up of Peter Nicholls, Michael Holmes, Martin Orford, Paul Cook and Tim Esau formed a band achieving the impossible - the combination of such diverse styles as prog, punk, jazz and even reggae. Their first cassette album, later re-released on GEP as 'Seven Stories into 98', is still an outstanding example of that.

Both their first vinyl albums 'Tales From the Lush Attic' and 'The Wake' gained instant classic status in the 'new wave of british progressive rock'. Soon the band became a regular in London's world famous Marquee club, performed more than 200 gigs each year in the UK (as seen in the 'Live from London' video from 1985), and quickly attained a strong and loyal following.

After signing to Polygram in 1987 with new singer Paul Menel, they released 'Nomzamo' featuring the single 'Promises' which made it high in the Dutch charts. European tours and the album 'Are you Sitting Comfortably?' followed, but Menel and bass player Tim Esau left the band shortly after in 1989.

What could have been the end was in fact just another beginning. Nicholls rejoined and was welcomed back enthusiastically at concerts in London and Paris. At the same time GEP was founded by musicians and associates of IQ with the rarities album 'J´ai Pollette d´Arnu' becoming the label's debut release.

In 1993 IQ's new album 'Ever' thrilled fans old and new with a modern and yet traditional interpretation of progressive rock. With new bassist John Jowitt the band embarked on a storming tour of the UK and mainland Europe, and played acclaimed festival appeareances in the USA and South America. The tour was captured on film at the celebrated 'Forever Live' show in Kleve and was released in a special box set featuring video, double CD and large booklet.

In 1997, IQ released 'Subterrenea', a classic double concept album with a very fresh approach which amazed both critics and fans alike. Brought to the stage with a stunning visual show, featuring moving lights, moving screens, films and theatrical action, it set standards not only for IQ but for all of their contemporaries in the prog world.

Just when everybody thought IQ couldn´t push it any further, again the band convinced the public with new album 'The Seventh House' (2000), shortly followed by a 2 disc live DVD 'IQ20' filmed at the band's 20th anniversary show in London.

Both 'The Seventh House' and 'Dark Matter' (released in 2005) are musical gems, featuring some of the strongest songs IQ have written. Another double live DVD 'Stage' (featuring new drummer Andy Edwards) captured the Dark Matter tour with two complete gigs on both sides of the Atlantic.

Early in the writing sessions for 2009's 'Frequency' keyboard player Martin Orford left the band and was replaced by Mark Westworth. 'Frequency' proved to be another highlight in an outstanding career and was presented to a large audience in the UK, Germany, Holland and the USA.

Another change of personnel in 2011 meant that 4 out of 5 original members were once again in IQ when Tim Esau and Paul Cook came back to the fold, joined on keyboards by Neil Durant. They celebrated that year with a series of gigs to mark the band's 30th anniversary.

In April 2012, on the 15th anniversary of Subterranea, GEP released the acclaimed album on vinyl for the first time, with all new artwork and deluxe packaging. The first 500 copies included a free 12" single containing 2 songs that didn't make it onto the album. The band marked the occasion by re-staging the original show in full, updated with improved technology and production values.

For 2013 Mike was able to celebrate the 30th anniversary of IQ's first album 'Tales from the Lush Attic' with a completely new mix from the 24 track masters, which was released in both 2 disc hardback book and gatefold heavy duty vinyl editions. This was shortly followed by the vinyl release of the band's 1993 album 'Ever' on vinyl.

2014 sees the release of IQ’s eleventh studio album, ‘The Road Of Bones’, supported by live performances in the UK and Europe. It was officially launched at Islington’s Assembly Hall on May 3rd and has received unanimous praise across the board.

The Road of Bones

Are You Sitting Comfortably?

The Wake Live At De Boerderij 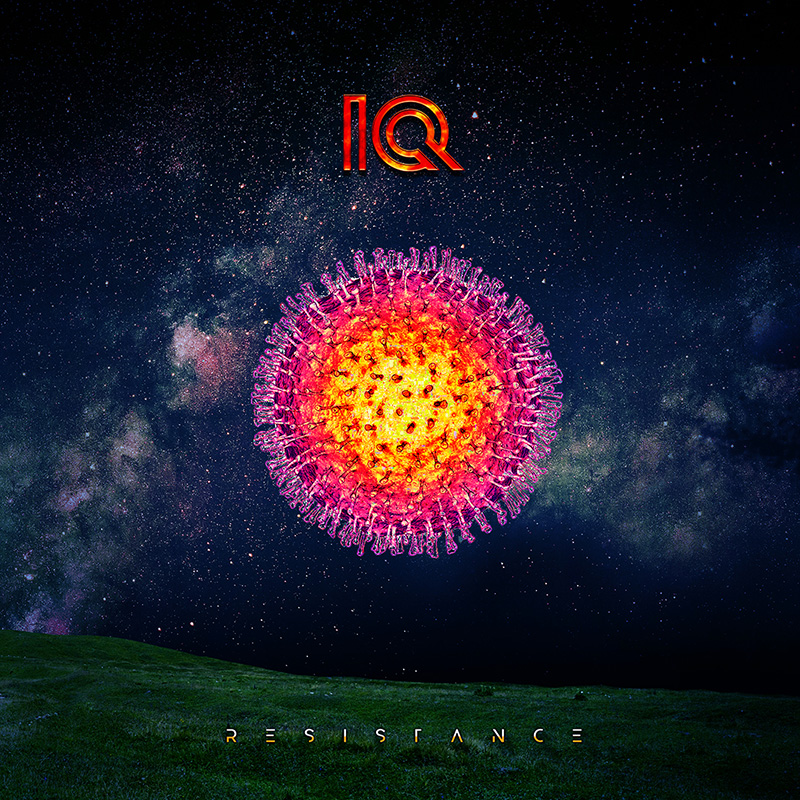 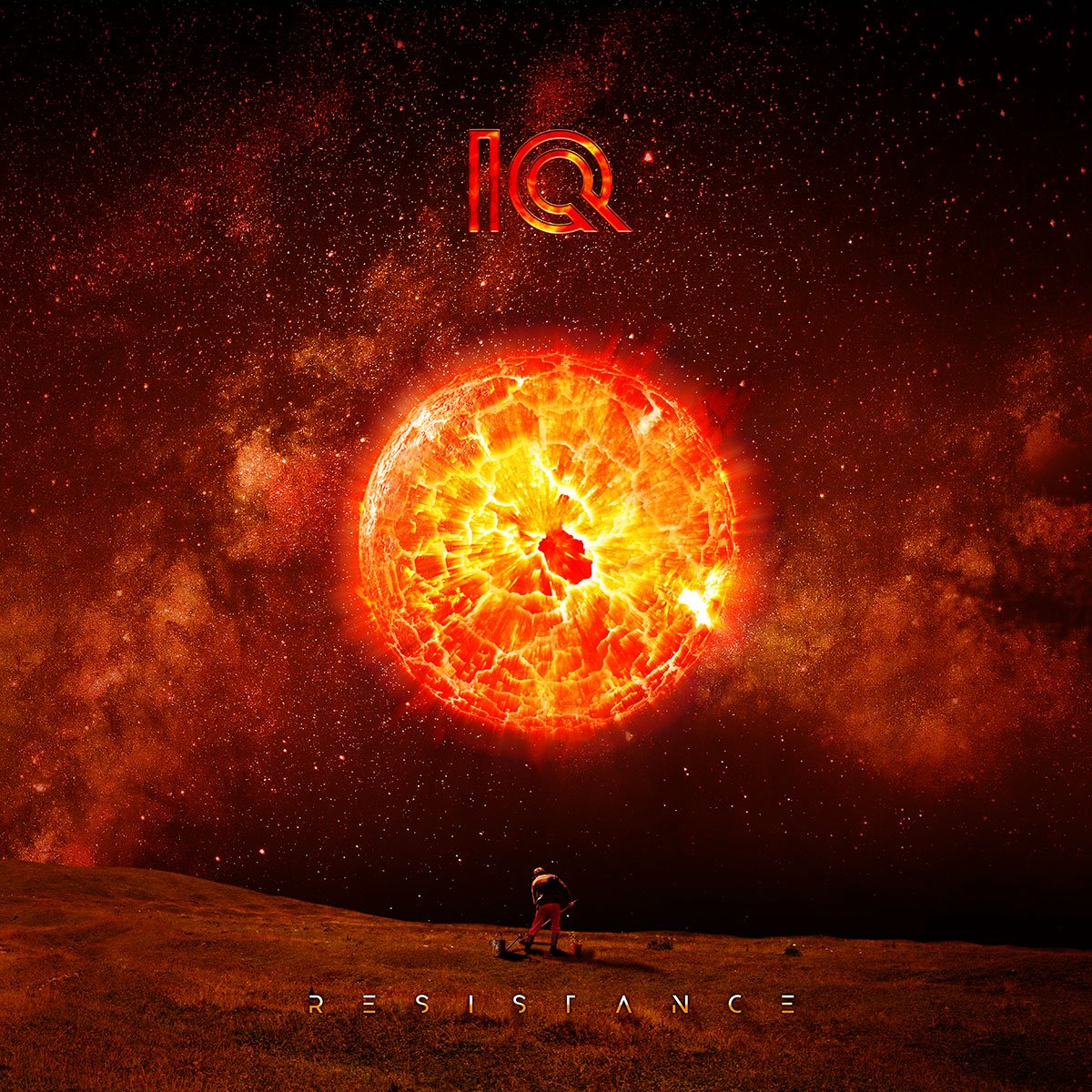 Resistance - Our brand new album, released September 7th. Amazing artwork by our good friend @tonylythgoe. Pre-orders will start in the next couple of weeks. #IQHQLive - iq-hq.co.uk
Looking forward to it 👍🏻 twitter.com/Islington_AH/s…
A quick heads up for all you early planners. The IQ show at The Met on January 12th next year is, once again, heading towards a sell out. Don't miss out.... themet.org.uk/event/iq-11/
Honoured and excited to be invited to headline Saturday night at #progstock2018 #progstock. Tickets on sale April 1st. iq-hq.co.uk/index.php/brow…